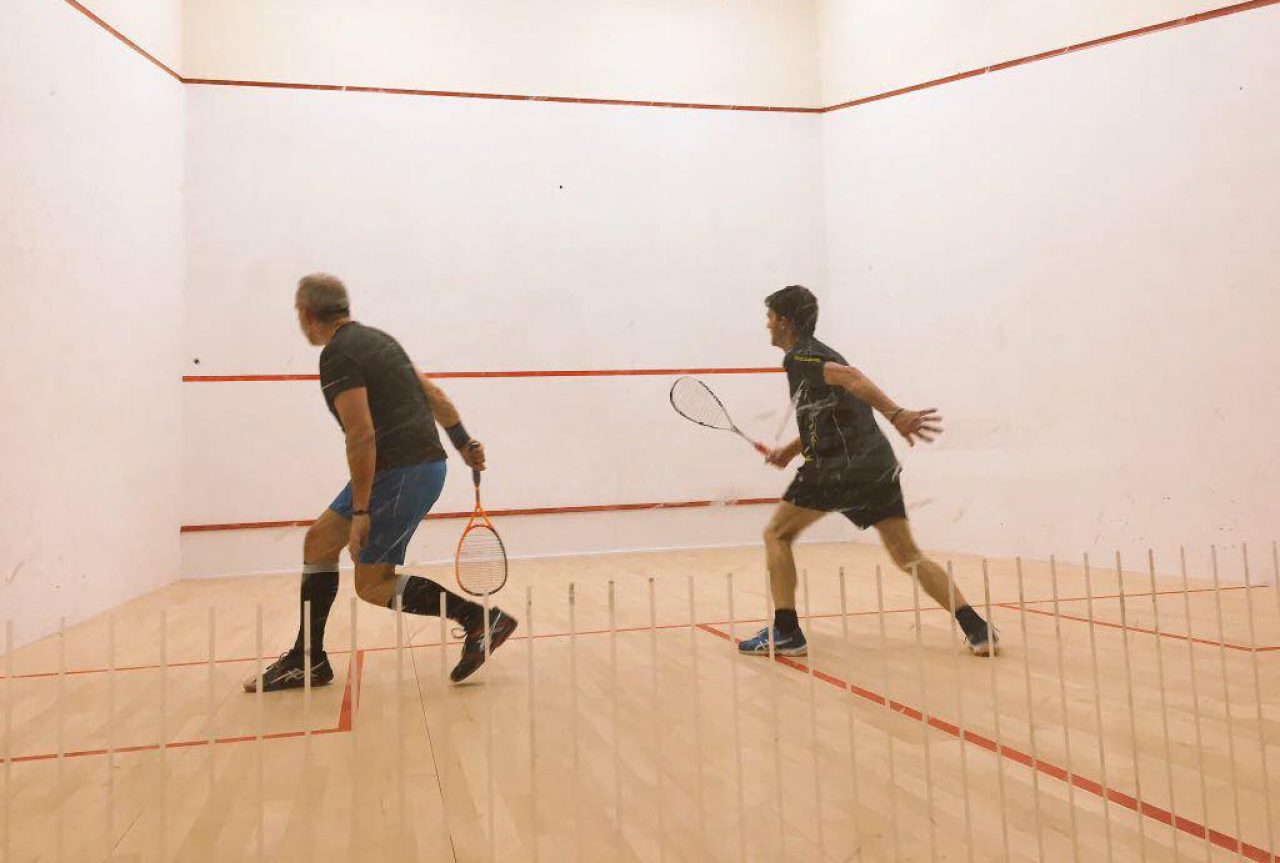 In 1993, Paul Lord faced Rodney Eyles in the final of the US Open.

He is still one of the North-East’s top players, representing Westoe in the Northumbria Premier League, as well as delivering popular coaching sessions from Primrose, in Jarrow.

I was able to catch up with him to speak about his experiences in the professional game.

When did you turn professional?

I turned pro when I was 18, after my A-levels. I got to the US Open [final] when I was 23, so I’d been a pro for about five years. But, about two years before that, I was kind of drifting a little bit. A guy called Mark Hornby, who’d seen me play prior to when I was 21 and had always felt that I was under-achieving, felt that if he could teach me certain technical aspects and pass on his experience then he could make me into a real top player. He invited me over and I went and did some sessions with him, and within 6-12 months I was in the US open final, playing Rodney Eyles, who I think was ranked number three in the world at the time.

Coming up to the tournament, did you have any idea that you would make it that far?

So I felt quite confident, even though I had to qualify, because I knew that I’d but the work in, and from the results I was having in leagues as well. It was suggesting that I was playing to a good level. I did go there, determined to not just qualify but I thought “yeah, I can make some inroads here”.

Other then America, where did you get the opportunity to play?

I played in Pakistan, I played in Qatar, played all over Europe. I’ve been quite fortunate from that point of view, that I got to see quite a lot of the world.

Did you have a favourite tournament, from an off the court perspective?

I think the most picturesque one was Qatar. The hotel that we stayed in, the fact that it was December and it was sunny and warm and we were sat around the swimming pool between matches. It was almost like a holiday atmosphere in a way, because the weather was so good. It was strange being over there in December when the weather is so cold and bleak over here.

Is there anyone from the North-East that you could see getting on to that sort of stage?

To be honest with you, there have been a lot of juniors this season that have impressed me. There’s a lad, Andrew Shipley, that I played the other week at Northern. Natural talent wise, I was really, really impressed with him, he’s got the build, he’s got the technique. I don’t know him too well but the tangible things that I can see he’s got it all there. But so much is in the mind, how much you really want it, how much desire’s there.

When I played the inter-counties at the weekend there was a lad called Max Forster, who won the British U15’s, and it’s the first time I’ve seen him play. I’d heard a lot about him, and I was really impressed with how he played. Not only did his squash really impress me, but I think his attitude more then anything, which is a massive, massive thing in squash. He just had a really, really good attitude and I’ve got no doubts he’ll do really well, especially with the results he’s had at his age.

Mental strength is the key in any sport, from what I’ve seen and the experience that I’ve gathered over the years. It’s about desire and determination. You can be the most talented player in the world but if you haven’t got that desire and that will to really stick in, you’re not really going to do it.

I remember a guy, who never got top 30 in England but as far as I’m concerned he’s the most gifted player I’ve ever seen with a squash racket. You see plenty of these people that show the potential but for whatever reason they don’t maximise it. Then you see others who don’t look great but they get the most out of themselves, and they do really, really well. The intangible qualities are just as important, maybe more important, then the tangible qualities.

When you were a professional, how many hours a week did you train?

When I was a professional I would try and do an hour and a quarter on court in the morning, and then the same in the afternoon. Two and a half hours would be a long day really on court, but generally about two hours I would be spending on court a day. Maybe doing half an hours stretching, maybe other bits and bobs as well.

I always tried to make sure it was real quality, and very specific to squash. I see a lot of young players, they think they’re getting fitter, by going out for runs, going on the bike. That’s all very well and good but most of the work needs to be done on a squash court, because at the end of the day that’s what you want to be fit for.

My philosophy is that you wouldn’t get Mo Farah going on a squash court trying to get fitter for his 10,000m race, it’s a different fitness. Squash is stopping, starting, you’re twisting and turning, and using different muscles. So, I’m a big believer that 90% of your training has to be, more or less, playing squash. The running is probably good just to top yourself up and it’s good from a psychological point of view to get away from the squash court. It can freshen you up because you are confined in a small room and if you’re in there too long then psychologically you can start to not enjoy it as much. I can see the benefits of doing different types of training but I think if you can hack it, get on court and get some hard games, pressure sessions, things like that.

You now coach at Primrose, do you take on any ability?

Yes. Absolutely any ability. I mean, obviously if a player is a bit older or has bit more experience then it makes my job a little bit easier because I can teach them some more high advanced technical aspects of the game. If someone comes to me and they’re quite young then it’s difficult because really it’s just a matter of getting the hand eye co-ordination going, teaching them some basic fundamentals. You can’t really go to advanced and teach them how to slice a ball too heavily because you’ve got to get them hitting the ball first, getting the confidence and co-ordination going and getting some of those basic fundamentals in place.

I’ll take on anyone to challenge!

One thought on “Paul Lord: Former US Open finalist talks about his time at the top of Squash”